Our latest creation features one of the most recognizable imaginary characters in the world, an icon of the world of comics and cartoons that knows no age. Unlikely, if not impossible not to know who Topolino is.

So important for its inventor Walt Disney to make him say:

Born in black and white, on January 16, 1928 in a garage, in the night, at the hands of Walt and his collaborator Ub Iwerks, today Topolino, Mickey Mouse at the registry, after almost 100 years from his debut is still the symbol of the main global entertainment giant.

Mickey Mouse was born to replace Oswald the Lucky Rabbit, a rabbit that, despite his name, was decidedly unlucky and marked the great imminent success of Mickey Mouse. 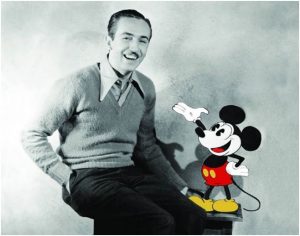 The film’s debut of the character took place on November 18, 1928 in the short film Steamboat Willie and shortly thereafter it would also land in Italy. For his creation Walt Disney even won an Academy Awards.

According to Forbes, Topolino’s annual revenues as of 2004 were $ 5.8 billion, making him the most profitable fantasy character in history. The character has appeared in over 135 short films, in several television series and in seven Disney classics.

Mickey Mouse made his debut on 13 January 1930 also in comic strips in newspapers with a series of strips that form the story “Mickey Mouse on the mysterious island”; to sign his adventures are Walt Disney for the texts and Ub Iwerks for the drawings. There are many passionate readers who have now turned into adult collectors and there is a list of rare and highly sought-after comics that could be worth a fortune! 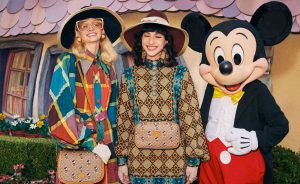 On the occasion of his 90 years, two years ago, the iconic character was celebrated so universally, so much so that the photographer Rankin created the book ‘Mickey Mouse & Me’, a volume in which he immortalized some celebrities in honor of Topolino. Many fashion houses, including Marc Jacobs, Iceberg and Gucci in pole position have dedicated capsule collections to him.

By making a glass bow tie engraved with Mickey Mouse, we also wanted to pay tribute to the symbol of the Disney universe, so loved not only by the little ones, but equally by adults. The reason? Mickey is positive and optimistic, always ready to help his friends. It is not only a pop icon, but a global icon that unites people all over the world.

If you can dream it you can do it

Get to Know Us